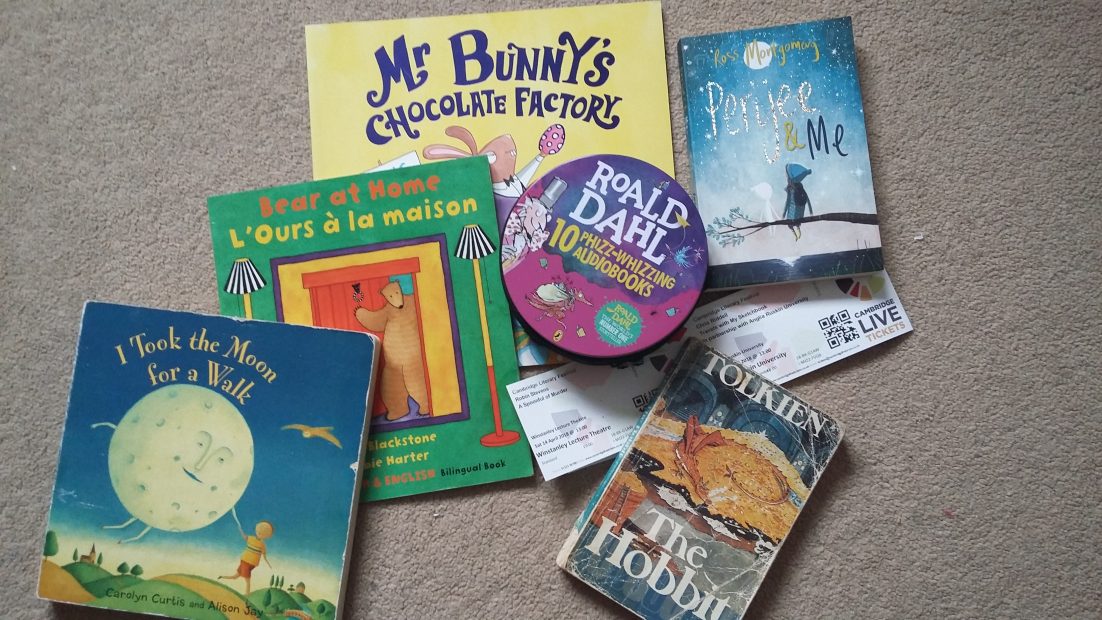 Promoted by a number of bookish discussions I have had on twitter recently (you will find me @melissacreate15), I have been reminded just how great reading aloud to my kids has been and continues to be, and how it is about far more than sharing stories, it’s also about sharing timing together, and creating memories.

I started reading aloud to my daughter every night when she was 10 months old, each night she would choose 3 book for myself or my husband to read to her. It was and still is one of my favourite times of day.  When I was pregnant with her brother I was often tired and we would cuddle up on the sofa on my days off from work and listen to her favourite Barefoot Books sing along ‘The Journey Home from Grandpa’s’ and in the run up to Christmas we had a great Christmas carols CD which you could follow along with a book. We continued reading picture books at bedtime nearly every night until she was 3 and half, when our fairy loving pre-schooler decided she wanted the first 20 books of the Rainbow Magic series (we had acquired a box set at a nearly new Sale) read aloud to her. Afterwards we continued to read picture books to her nearly every night, and sometimes a chapter book. What we had established from a very early age was that quality time with mum or dad and sharing stories was part of bedtime, and lot’s of happy memories. It was only later that we realised that my daughter had aways been particular about the books she wanted read aloud, and that we had been a bit of luck that we came across in those first few years some stories she loved, but which were also the kind of story that grew with your child.

My son as a 1 to 2 year old sometimes enjoyed being read aloud a story with his sister, and in particular our all time favourite family read ‘Who Took the Moon for A Walk’ by Alison Jay. And his fascination with the moon and the night sky probably stems from this time. But, it took him longer to settle to the idea of regular bedtime story. The break through was at 2 and half finding a handful of stories and books which was specific to him. One of which was ‘Bear at Home’. This had a picture of keys on the inside of the front cover and at that point he was obsessed with keys. There was a period of several months I would sit on his bedroom floor and read him a book, and he would look at some of the pictures and then move around the room whilst I kept reading. One really useful thing said to me was that: ‘a child doesn’t have to be sitting still to be listening to a story’. At the age of 4 we gave him a Usbourne Lift the Flap book on Recycling, in theory the book was aimed at 7+ years but he absolutely loved it. He is now 7 and it is still his favourite non-fiction book.  When my son was nearly 5 his sister was getting rid of her Rainbow Magic box set, and much to my surprise my son decided he wanted it (he had never shown the slightest interest in fairies). But, he did love numbers, so a set of books with numbers 1 to 20 in a box was a definite attraction.  He absolutely loved the 5 books about the weather fairies and was fascinated with the idea that things could get so mixed up that it could snow in summer.

Over the next few years I started to realise that there were certain sort of picture book stories that both my children loved. To find book that: ‘lit up the eyes and curiosity of both my children in equal measure ‘ was not as simple as it sounds. But, by a process of trial and error we found a number of books that we all really enjoyed, this was helped by me being an independent bookseller which meant I found and stumbled across all sorts of books I might not have otherwise known about. You can read about some of the books here.

TV programmes and Film have also been a good way to introduce my children to stories. For my daughter it was the CBBC drama Hetty Feather, that enabled her to make a giant leap in her reading and got her reading books she wanted to read. See my blog post here. In the Summer of 2016 both my children loved watching the brilliant adaption of the BFG. Then on the way to our family holiday in Wales we listened to the entire audio recording of the BFG, I have never know my children be so quite on a long journey! This winter we went to see a great theatre production of the James and the Giant peach, as a result of which my son wanted the story read aloud to him.

Live author events attended as a family have also been an important way to introduce my children to new authors and to keep the magic of stories alive. You can read about a few of them here.

We have discovered some chapter books (that were new to both of them) that have made great stories to read aloud.  Two of our favourite’s so far are:  Dottie Blanket by Wendy Meddour and Perijee and Me by Ross Montgomery.  As my children get older our shared reading time is evolving. Last summer my daughter read me some of the Hobbit, which I had always expected would be the other way round! It was one of my favourite stories from childhood. A few months back my daughter took ‘Saving Sophia’ out of the library which she then decided she wanted me to read to her, it turned out to be an action packed story perfect for reading aloud.  So this time my daughter was introducing me to a new story.  The other weekend we were on our way back from a days biking and my daughter had brought a couple of the Diary of Wimpy Kid books in the Car, my son decided he liked the look of them too, so we had both kids reading a book on the way home. I am not sure where our next shared reading adventures together are going to take us, and as they get older this is a constantly evolving process, but I am looking forward to finding out.

Without realising that is what we were doing we have created a family reading culture, with many opportunities for informal book talk. All of which there is much evidence based practice that this helps create children that want to read. However, even in this context neither of my children made an automatic transition to reading independently, nor was or is it automatic that having found books they want to read that the will easily on their own find their next or subsequent reads.  To help them find book they want to read they need introducing to a variety of stories, encouragement, support and space to find books that have meaning to them in that particular moment in time. Which has led me to the firm believe that all children both at home and in school should have a basic entitlement to support with reading for pleasure.  In terms of motivation to read, one of the biggest difference that both reading aloud and sharing stories has made is that it has given my kids and me added determination to over come any difficulties they have faced and may face in the future on their individual journeys.

If you are parent reading this and thinking I wish I had read aloud more to my child or children. My advice would be don’t focus on the past, but start with the present and finding books to share with your child now in a way that works for you and your family.  In the 10 years before my daughter was born I worked for Hertfordshire Connexions and Youth Service, mentoring teenagers. One of the most crucial things I learnt from that time, is it is never too late to make a difference, and there are multiple points in a child’s and young persons life in which with the right support they can change direction. The final point I want to add is I don’t think I would have kept reading as much aloud to my children as I have done if I hadn’t found ways to read and/or share stories with both my children.